Shopping Cart
Your Cart is Empty
Quantity:
Subtotal
Taxes
Shipping
Total
There was an error with PayPalClick here to try again

Thank you for your business!You should be receiving an order confirmation from Paypal shortly.Exit Shopping Cart

PHILLIPS, THOMAS B., Private, Co. A 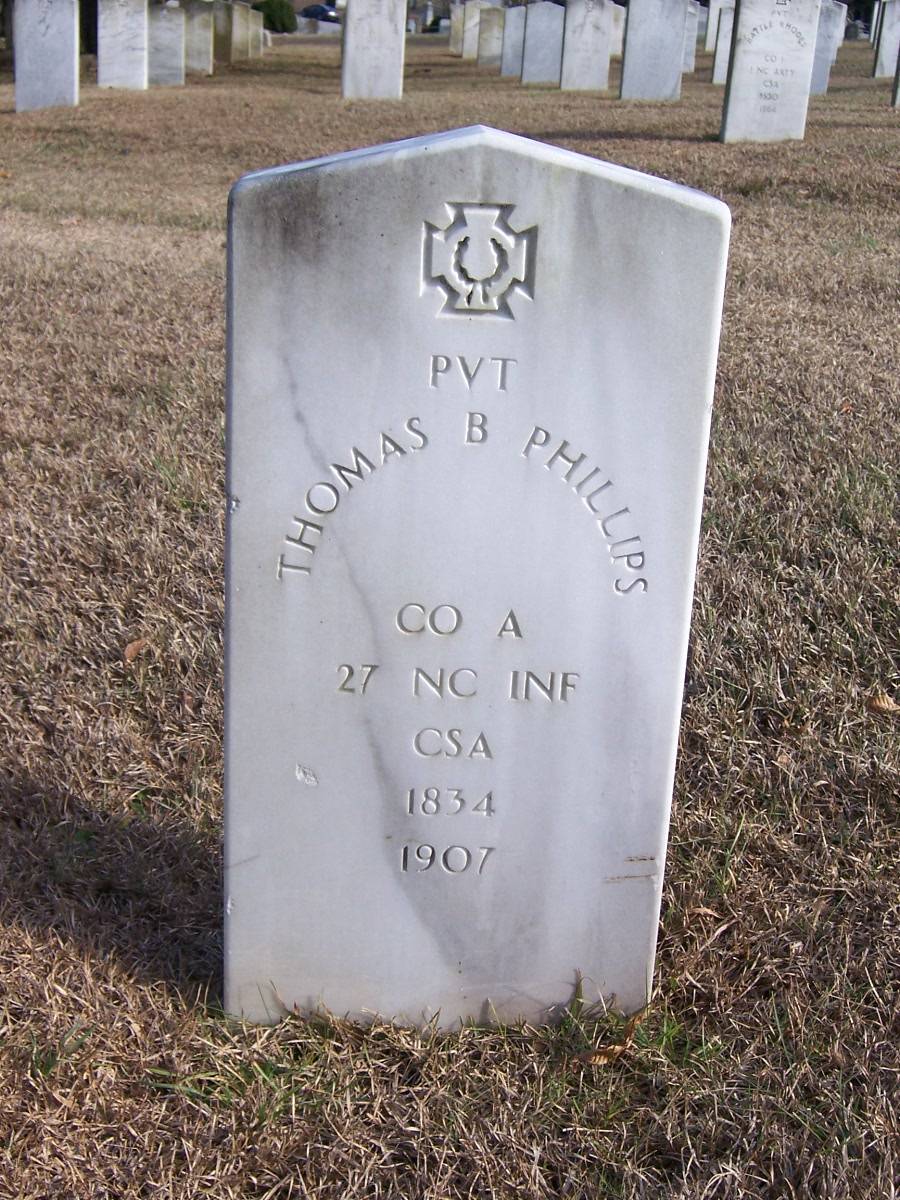 Resided in Wayne County and enlisted at Fort Macon at age 22, August 12, 1861. Present or accounted for until captured at or near Sharpsburg, Maryland, on or about September 17, 1862. Requested that he not be exchanged and was apparently released on his promise not to rejoin the Confederate Army. [North Carolina pension records indicate he was wounded at New Bern on March 17, 1862; was wounded in the left arm and shoulder at "Gettysburg, Pennsylvania, May 31, 1862"; and was discharged after the battle of Gettysburg, July 1-3, 1863.]
/